This simple idea has really taken off in my class over the past few weeks. It required a small investment of time and money before the start, but is now totally self-perpetuating. I spent a couple of hours visiting car-boot sales and charity shops, and managed to pick up around 40/50 decent quality books for under £20 (this also included some old stock that our local public library very kindly donated- it's definitely worth asking). The books were then introduced to the class and placed in a large 'Swap Box' in the reading corner.

All of the children were allowed to choose a book from the box that they wanted to read (lots of careful negotiation went at this point). This ensured that everyone had at least one book that they were able to swap, as unfortunately a few children in the class have no books at home. Once they had read the book, they could either return it to the box or, if they wanted to keep it, could swap it with one of their own books that they had finished with. In order to pre-empt the problem of children bringing in their parents' massively expensive hardbacks without permission, a letter explaining the idea was sent home beforehand. The parents were extremely supportive of the idea and a couple of them dug out unwanted books from home to help boost the stock in the classroom. Several children also brought in books that they had finished with.

At the moment, the Swap Box is used by at least half the class on a regular basis. There are actually children who use it every single morning and who are reading far more frequently than they used to. They really enjoy rummaging through the box to see what new books have been added in the last couple of days. The word is spreading throughout the school and children from other classes often come in at lunchtime with books of their own that they would like to exchange. The fact that the stock is constantly refreshed will hopefully sustain interest throughout the year.
Posted by Jon Biddle at 19:46 No comments:

I'm going to be running a Reading Cafe for my class and their families at some point over the next couple of weeks (probably on a Friday afternoon). It's an idea that has worked very successfully in the school before, but hasn't been done for a while.

What is a Reading Cafe?

A Reading Cafe session lasts between 60-90 minutes depending on the year group, book and activity selected. The session consists of five main parts:
For the first session I will be using Meerkat Mail by Emily Gravett, as there is a great postcard-making activity to go with it. The plan is for the sessions to take place every half-term and, after the first session, I'm hoping that the choosing and sharing of the book can be led by the children. 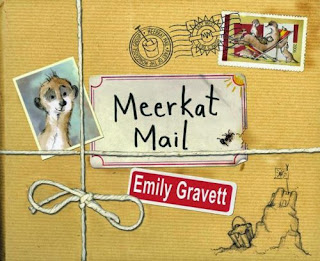 There are several benefits of Reading Cafes, including increased enjoyment of reading, parents being provided with more opportunity to support their children's learning and improved relationships between schools and families. The outcomes are very similar to the Dads & Lads Reading Group which I ran last year (see earlier post for more information). My current 'crop' of parents are extremely supportive of their children's learning, so I'm optimistic that there will be a good turn-out and it will be a successful afternoon.
Posted by Jon Biddle at 21:09 No comments: