Over the past few weeks, we've made quite a bit of progress with redeveloping our school library. It currently consists of three shabby looking shelves in a corridor and does absolutely nothing to promote reading in the school. 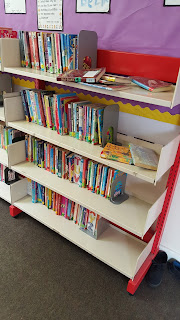 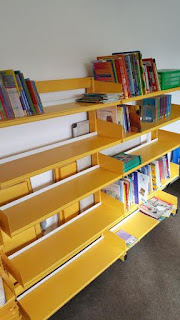 We're in the process of moving it to a much larger space and having a major cull of the books. The new site is still a bit of a thoroughfare in the school, but with a few screens and some nifty furniture movement, we're going to turn it to a space that's a lot more welcoming.

We were lucky enough to be given a large grant from the Norwich Town Close Estate Charity which has helped us buy a lot of new furniture. 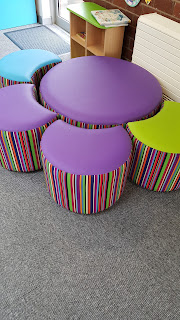 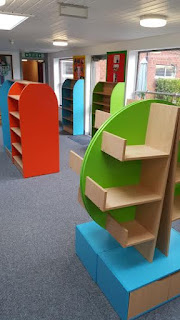 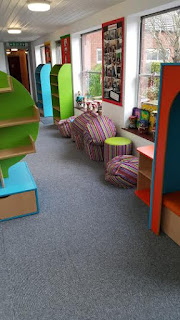 Some of the new furniture

We were unsuccessful with a bid to the Foyle Foundation (probably due to our Pupil Premium figures being too low), but we then received some money from The Adnams Charity which was a huge help when deciding what to buy to restock the shelves. There has been no significant investment in books at the school for the best part of 15 years so there are massive, massive gaps on the shelves. 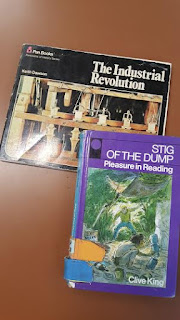 The first thing we did was send round a class wishlist to each class so that the children could have as much input as possible over what we bought. Classes spent time discussing what genres and authors they enjoyed and then completed the lists. We also asked for advice about graphic novels from the Reading for Pleasure in Schools group on Facebook and looked at shortlists for book awards, etc. Eventually a whole school list was created. The focus this year has been entirely on fiction and poetry, with the focus from September being on non-fiction. There just isn't enough money or time to do it all at once. 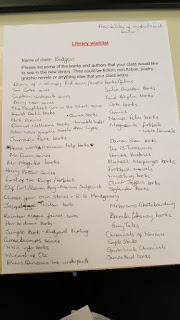 Getting the most value for our money was absolutely key, so several hours were spent trawling through websites, with Amazon, The Book People and Peters being the main focus. We then put the orders together and waited for our shiny new books to arrive. Most of them were delivered over half-term although a few are still outstanding. We purchased Junior Librarian to help with stock and will be getting the support of Norfolk SLS when we catalogue the books. The current plan is to have a grand launch just before the Easter holidays.

It's taken longer than I anticipated. The children are getting excited about their new library but also rather impatient. They've seen the furniture around the school for a few weeks and want books on shelves!

We've now got to think about how can ensure it functions as a library and doesn't just become another set of disorganised bookshelves. Unfortunately, the money isn't available to employ anybody and moving staff from classes will obviously have a knock-on effect. Training up Year 5/6 librarians will certainly help, but they're going to need guidance and support. It's by no means perfect, but it's a lot more positive than it was a year or so ago.
Posted by Jon Biddle at 16:13