I rarely write reviews about individual books, usually due to lack of time, but when I read a book as powerful as Ghost Boys by Jewell Parker Rhodes, I genuinely feel as if I have little choice. I finished it almost a week ago and its haunting, emotive quality is still firmly in the forefront of my mind. 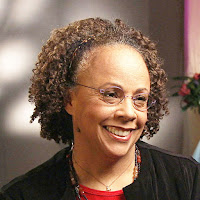 In its most simple terms, the book tells the story of the fatal shooting of Jerome, a 12-year-old boy from Chicago, by a police officer. The chapters are short, almost poetic in style, and move the tale forward at a rapid pace. The book is written from the point of the view of the victim, both before the shooting, where he talks about his life at school, and after, when he shares his experiences as a ghost boy. There are some distressing moments early on, such as when Jerome observes his own funeral and learns of the devastating impact that his death has had on his family, but the story becomes absolutely compelling when he starts to meet other ghost boys, black American children who have also died too young for a range of tragic reasons. The only living person who can interact with Jerome is Sarah, the white daughter of the police officer responsible for his death, which creates a poignant juxtaposition. The impact that his death also has on her family, gradually tearing it apart, gives the book even greater depth and resonance. 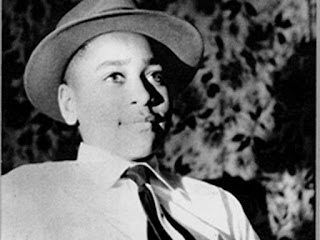 The ghost boy that Jerome encounters most regularly is a teenager called Emmett, who is initially reluctant to share the story of his death, constantly claiming that the time isn't right. When Emmett eventually begins to talk, the horrific tale he tells is truly heartbreaking. To hear the story of his violent death being told from his own point of view is an incredibly hard thing to attempt, but Jewell Parker Rhodes has created a staggeringly intense account of what occurred. I read the book on a train while travelling back from a meeting in London and am not ashamed to admit that I was in tears by the end of the book. The next hour was spent finding out more about some of the real-life characters who appear in the book, including Emmett.

Before reading Ghost Boy, I had some awareness of the violent death of Emmett Till. He was a 14-year-old who was viciously beaten and then lynched by a gang of white men in Mississippi in 1955. He had been accused of whistling at a white woman, Carolyn Bryant, in a grocery store, although many years later she admitted that she had fabricated a significant portion of her testimony. His name later became linked with what was to ultimately become the American civil rights movement.

To read such a powerful and harrowing book can only help raise children's awareness of the inequalities in the world, and strongly reinforces the message that it is everybody's duty to speak about injustice, in whatever form we may encounter it. I simply cannot recommend this book highly enough, especially in light of the recent Reflecting Realities report from the CLPE, which revealed that only 1% of children's books published in the UK last year featured a central BAME character. I'd be cautious about using Ghost Boys with children in Key Stage 2, and believe that it is more appropriate for Key Stage 3.