It's always a privilege to be invited to take part in a blog tour for a children's book, especially when it's by a new author. The Astonishing Future of Alex Nobody by Kate Gilby Smith is a wonderful debut, full of adventure, excitement and time travel. Kate has been kind enough to write a very personal letter to someone that she's known her whole life, providing important advice and guidance. I hope that you enjoy reading it as much as I did. 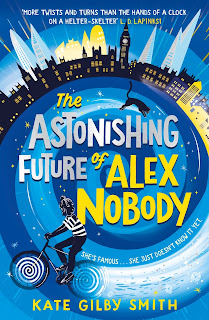 I’m writing to you from the future. Not as far in the future as you might be hoping for. Only by about seven years or so. It’s no time at all, really. And before you ask, no, I don’t have any lottery numbers to share. Sorry about that.

You’ve not long turned twenty-two. You’ve spent a lot of time this year listening to the Taylor Swift song about turning exactly that age. You’ve been waiting to be able to properly relate to it and now you finally can. Taylor sings about being happy, free, confused and lonely at the same time, and she pretty much gets it spot on. (By the way, seven years on and you’re still listening to her songs, a lot).

You’re in the last year of university. You’ve no idea what you want to do with your life or who you want to be. And you’re feeling the pressure. It seems like everyone around you has a plan. It seems like they’re flying ahead in a race you didn’t know you’d entered. What you’d really like is for somebody to appear from the future and give you all the right answers. To mark out the right decisions from the wrong. Which is convenient because here I am! No… again, I’m sorry to disappoint you. I can’t help there. Because when it comes to right decisions, I still haven’t got the foggiest.

The advice you’re already getting is what you should be listening to. Keep doing what you enjoy and what you’re good at. Follow your interests. Stop caring so much about what other people are doing – life isn’t a race.

Besides, you know what you want to do, really. You want to write a book, though you’d never admit that to anyone else. So far, you’ve encountered the small problem that everything you write is utterly terrible. That’s partly because you still think that writing should be easy. That when proper writers sit down to write books the words pour out of their heads like water from a tap. More importantly, you have no idea what you should be writing about.

This is where the follow your interests advice helps. As a huge Doctor Who fan, you’ll be quick to sign up for a course on the philosophy of time travel. How could you resist? It’s then, sitting in the back of one of those seminars, that you have an idea for a book that will one day be called The Astonishing Future of Alex Nobody. You don’t know then exactly what the story will be, or even the name of the main character, but you have the kernel of an idea. And it sticks with you.

Take my advice: don’t try to tell people about the idea yet. You won’t get the reaction you hoped for and that will only put you off. I’ve discovered that it’s always much better to show rather than tell when it comes to ideas. Most sound kind of rubbish to start with anyway. But do tell people you’re writing a book. It helps you to take it seriously – and yourself as a writer, too.

Writing the book will be a slow process. You’ll learn that being a writer involves more than sitting in cafes looking wistful. You need to practice, to learn, to read, and to write many terrible drafts, including scenes and characters you’ll soon forget about. All of this has to be done. Don’t think it’s wasted time.

After university, you’ll move to London and start a job you love. It lets you spend your time around books and remarkable people (again, think back to that follow your interests thing). You’ll write the book on weekends and edit on your daily commute. You’ll have a feeling that, somehow, you’re already behind schedule. Impatience can be seen as a bad thing, but it helps you. It’s what makes you keep going.

Writing a whole book is intimidating so you aim for only the first three chapters. When you show those three chapters to your family, they ask the all-important question: so, what happens next? At this point, you’ll have no idea.

Before you can figure it out, you send your first three chapters to literary agents because, again, you’re impatient. Almost immediately, rejection emails start to arrive. You quickly get used to receiving them. Then, out of the blue, a request arrives to read more. Panic sets in because you don’t yet have more to share. But it’s the encouragement you need to spend the next year finishing the book (or what you then consider as ‘finished’).

Some time after that, you get the email you’ve been dreaming of. An agent would like to meet you. Then, things start to happen a little quicker. There’s still lots of waiting around for emails to arrive, though. A few months later, you learn that the book is going to be published. You hide in a cupboard to take the phone call, then walk home in a daze.

A couple more years pass before you can hold the book in your hands. When you do, it will feel incredible. You won’t be thinking of the confusion and loneliness that Taylor mentions in her song about being twenty-two. But those feelings will be there inside the pages of the book. They’ll be there in the story of a twelve-year-old girl – Alex Nobody – who wants to discover her destiny.

You probably want to know more about your future. I know I do. But those are all the spoilers I’m going to share. The rest is waiting for you. 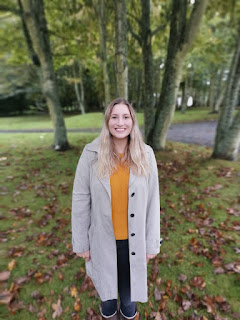