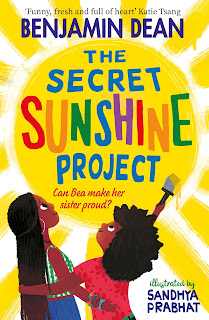 Me, My Dad and the End of the Rainbow, Benjamin Dean's wonderful debut from 2021, is one of the most uplifting books I've read in recent years, and so I jumped at the chance to take part in the blog tour for his follow-up, The Secret Sunshine Project.
At its heart, The Secret Sunshine Project is a story about love in all its many forms. Bea and her older sister, Riley, move to a small country village, St Regent's Vale, to live with their grandmother following the death of their father. They each attempt to deal with their grief in different ways. Although Bea makes new friends, Riley increasingly shuts herself away from the world. She's missing her girlfriend and the freedom that life in a big city can bring, and is also heartbroken that she won't be able to attend London Pride. To support her sister, Bea and her friends decide to create their own Pride festival in St Regent's Vale. However, the self-appointed (but wildly unpopular) leader of the village, Rita Ruckus, has other ideas.
The story unfolds beautifully and builds towards a joyful conclusion. Benjamin Dean creates characters with real depth, all of whom have their own flaws and insecurities, and, as in real life, they rely on each other for support and strength in times of need. Throughout the book, an important message about having the courage to accept and love people for who they really are is regularly reinforced. Benjamin has very quickly become a writer whose work needs to have a home on the bookshelves in every primary classroom and I'm looking forward to seeing where he heads next with his writing. I honestly can't recommend The Secret Sunshine Project highly enough. It's available to buy now in all good independent children's bookshops. Look here to find where your local ones are.
Below, Benjamin has recommended some of his favourite books which have LGBTQ+ representation. 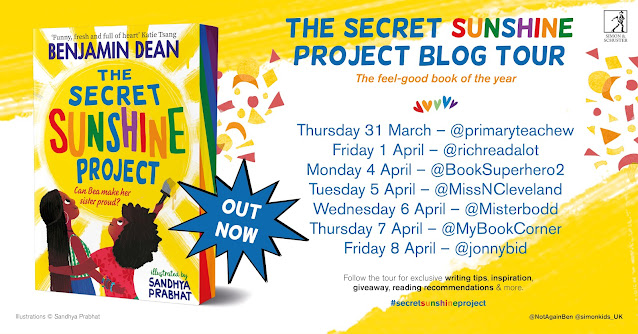 As someone who knew they were gay from a pretty young age, I often felt lonely or othered simply because I couldn’t find myself anywhere else. Certainly not in my favourite books. Thankfully, LGBTQ+ representation is getting better and better as time goes on and it’s helping to show children a wealth of diversity within the pages of fantastic stories, opening the door for empathy, kindness and compassion. From mermaids and firefoxes to new worlds that can found inside a suitcase, here are some of my favourite stories that include LGBTQ+ representation.

Nen and the Lonely Fisherman by Ian Eagleton & James Mayhew 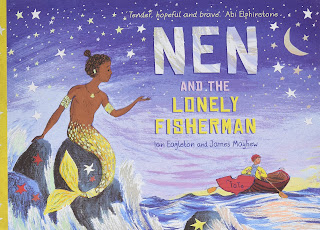 The Pirate Mums by Jodie Lancet-Grant

The Accidental Diary of B.U.G. series by Jen Carney 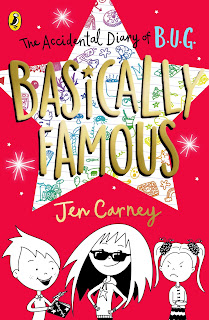 The Last Firefox by Lee Newbery

Proud of Me by Sarah Hagger-Holt

Me, My Dad and the End of the Rainbow by, uh, me 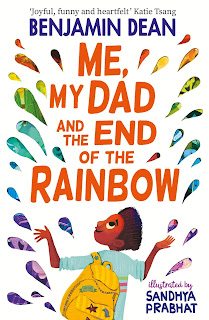