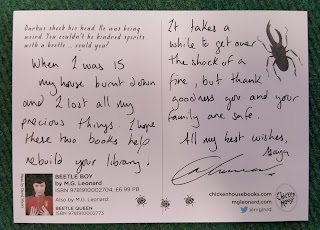 Back in March, a boy from my class had his home destroyed by a house fire. Luckily, nobody was seriously hurt (some minor smoke inhalation injuries), but his whole collection of books were destroyed. As a school, we wanted to do something to support him and we thought that, as he's such a keen and passionate reader, helping him replace his lost books would be a great place to start. 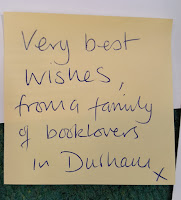 A tweet was sent out from the school Twitter account asking for help. We thought we might be lucky and receive a few donations, but we certainly never thought that we'd get the response we did. Within hours, the tweet had been retweeted hundreds of times. We were promised books by authors, publishers, book shops, libraries, other schools and families. Then everything went quiet as the Easter holidays arrived... 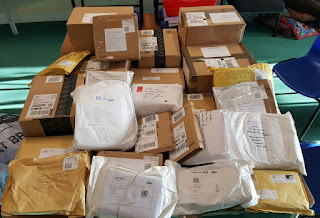 I came in to school at the end of the first week of the holidays to do some paperwork and the first thing I saw as I walked in was three enormous mail bags, all full of brown and white parcels. While I was lugging them to my classroom for further investigation, the neighbouring Early Years centre arrived with another bag of parcels that they had been looking after for us. It was a genuinely overwhelming moment! 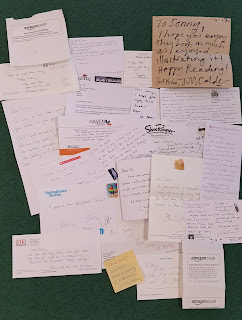 The letters and notes that had been attached were so heartwarming that we shared them in a special assembly. The story was later picked up by the local media, who published a story about it which can be found here. To see the online children's book community come together like this to support a child that they'd never met was a humbling experience and one that I will never forget. Thank you to everybody who contributed. 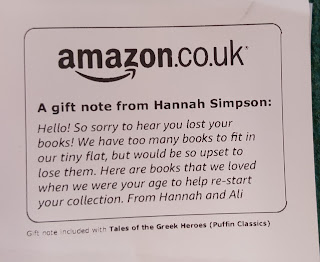